"I'm a human being GOD DAMMIT! MY LIFE HAS VALUE!"

"If you want the truth, go to yourselves..."

These are my heroes.

ZEITGEIST, The Movie - The Documentary of All Documentaries

If you are going to watch a documentary, make sure it is ZEITGEIST, The Movie. This experimental production brings different perspectives of the human history together to explain the world of today. It's not a pretty picture but it shows you the light at the end of the tunnel.

Make sure you watch this movie to the end, these may well be the most enlightening 2 hours of your life.

Even though you never comment on my posts, I am sure that you are very disappointed by the lack of updates on this blog lately, and so I would like to apologise for that. You see, I've been very busy posting UFO videos on this blog's sister, UFO Watcher.

So, if you want a break from today's depressing politics and current affairs, pop in for a visit and say "hi". There are many things out there that you're missing out. ;-]

This is an excerpt from Mark Thomas Comedy Product series 3 episode 2 aired by Channel 4 in 1999. In this clip Mark Thomas comments on the state of the UK arms industry and trade. It's not a pretty picture but Mark still manages to make it humorous.

I wonder how much things have changed since this was broadcasted 8 years ago. Knowing governments, probably not much.
by Ant... at 20:03 0 comments

Think of that the next time you switch on "the tube", if you have one that is. If instead (like me) you rather surf the net, there's plenty of stuff to suit every mood at YouTube.com.

If you think that politics are boring, just remember - "the ruling class... loooves you".

I got quite angry after my previous post, which prompted me to research a little more into the subject of beverage additives. I found out that the beverages industry and some health organizations have been well aware of the dangers of certain additives since the late 80's but never told the public! At the time nothing was done because "...the beverage industry told the government it would handle the problem and the FDA [Food and Drug Administration of US] thought the problem was solved."

This makes me wonder... how many times does any government assume for 16 years that someone is following their promises about something that is affecting the health of (and maybe even killing) millions of people worldwide? Apparently this isn't unusual if you are a corporation.

Also, which government would trust its own citizens if we all said - "don't worry govy, I know I've been a bad boy but I promise promise promise that I'll pay my taxes next week." - erm... none that I know!

So I ask, why do governments seem to trust the mega huge corporations that run the world today?! Oops, maybe the answer is in the question itself. 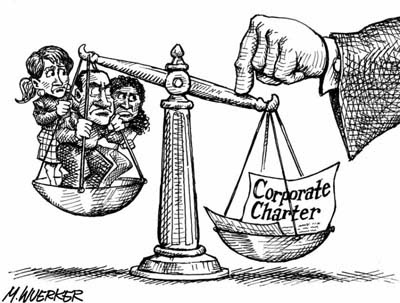 This weekend The Independent newspaper reported on a recent soft drinks research, which reveals some brands may cause serious health damage.

"Research from a British university suggests a common preservative found in drinks such as Fanta and Pepsi Max has the ability to switch off vital parts of DNA.

The problem - more usually associated with ageing and alcohol abuse - can eventually lead to cirrhosis of the liver and degenerative diseases such as Parkinson's.

Concerns centre on the safety of E211, known as sodium benzoate, a preservative used for decades by the £74bn global carbonated drinks industry. Sodium benzoate derives from benzoic acid. It occurs naturally in berries, but is used in large quantities to prevent mould in soft drinks such as Sprite, Oasis and Dr Pepper. It is also added to pickles and sauces." ~ in The Independent

Make sure you make a mental note of E211 right beside aspartame and mono sodium glutamate.
by Ant... at 11:36 1 comments

It's not the first time I have heard about one consciousness shared by all humanity but this is the first conference that I've heard of that discusses it. The following is a clip of the conference entitled "Wisdom and Science in a Dialogue: The New Planetary Consciousness" that took place in Düsseldorf, Germany from March 23 to 25, 2006.

Email ThisBlogThis!Share to TwitterShare to FacebookShare to Pinterest
Labels: Spirituality

The Master of Lightning

Sometimes I think about the people that have contributed to humankind's evolution, either with their courage and determination or with their unbounded creativity. One of the men, of recent history, that is rarely given due credit for how much he modernized the way we live today is the inventor Nicola Tesla (1856 - 1943).

Tesla, the electrical engineering genius, had over 800 patents most of which are still undisclosed today. One of his most remarkable inventions is the very thing that enables you to read

these lines right now, the alternating-current. Tesla had plans to broadcast electricity wirelessly worldwide but his project was dismantled when the US government discovered that electricity could not be metered this way.

To find out more about the incredible inventions of this man watch the PBS documentary - Nicola Tesla - Master of Lightning. Or The Secret of Nicola Tesla to which the following clip belongs.

Last week's documentary was from the documentary America: Freedom to Fascism by Aaron Russo. He starts the film by investigating the legality of the Income Tax in the United States and ends up uncovering a huge can of worms that will make Americans (and the rest of the world) furious when they find out.

If you thought that Michael Moore's Fahrenheit 911 was shocking, wait until you watch this one.
by Ant... at 12:48 0 comments

Over the past few weeks I went back in time updating the archived posts of this blog. Some articles got re-written, others had images or YouTube video clips added to them. So feel free to go explore the past :)
by Ant... at 13:21 0 comments

Most Inspiring Political Figure of 2007

These are the results for the most inspiring political figure of 2007, as per channel four viewers voted.

George Galloway vs The US Senate

In 2005 the US Senate accused George Galloway for profiting from Iraq oil dealings. He claimed that the evidence produced by the US Senate was forged. This was highly publicized in the media back then but the trial (as far as I know) never got to a conclusion. I have always wondered if Galloway's testimony below had anything to do with it. He sure isn't shy with his words!

Email ThisBlogThis!Share to TwitterShare to FacebookShare to Pinterest
Labels: Politics

Remember when David Icke was completely ridiculed and humiliated on the Wogan show back in 1991? If you don't remember, it's probably because you didn't live in the UK at the time. Well, 15 years later Wogan invited Icke back on his show but guess who gets the laughs this time? LOL... priceless.

Recently, while going through some You Tube videos, I came across some refreshing alternative videos of The Resident. The delightful Lori Harfenist presents this cable TV Talk Show from New York, which has had so far "Over a million views and thousands of subscribers on YouTube and Yahoo! Video"!

It appears to me that the main ingredient of The Resident's success is its ability to present and discuss important issues without being depressing and gloomy about it. Others may say that it is the bright and beautiful presenter's merit. All I say is, if that's what it takes to get people interested in things that matter, then let it be. :)


For more videos, visit The Resident's You Tube member page.

Anyone who's ever thought diet drinks or sweetener was a good idea has to check out this film. Filmmaker and narrator Cori Brackett takes a long look at both the science and the politics behind aspartame after she is diagnosed with multiple sclerosis.

It might seem a little amateurish or long-winded at times but all interviews are compelling and she uncovers some amazing facts about the legalization of aspartame. Wait til you see who the company gets on board to market it!! Unbelievable.