In this materialistic world of ours, I believe the way we spend our money has way more voting power than our vote for the next president. For this reason, lately I've been making a conscious effort to figure out were my money goes and how it's being invested. I was positively surprised to find out that there are banks out there that actually match my values! They're called ethical banks and I'm glad they found me :)

"It's a way for people to connect their money with their own interests and values," says Triodos spokesman, James Niven. "It's something tangible. They are conventional accounts in every other way, except with the big difference that it's completely transparent where the bank is lending. There is a strong demand from people who want to know exactly how their money is being used." 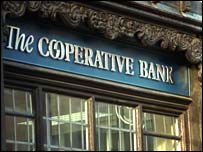 Co-op spokesman Dave Smith says: "It has been driven by consumer demand. It is no coincidence that you see so many fair trade products in the supermarket. Banks can't isolate themselves from this. If people want to buy Fairtrade food, they'll want it in their financial services, too." ~ The Guardian

Email ThisBlogThis!Share to TwitterShare to FacebookShare to Pinterest
Labels: Economy